Zorlu Enerji General Manager in charge of Investments, Operation and Maintenance, Ali Kındap expressed the following insights: "Geothermal energy meets the energy needs of 3 million households in Turkey. It contributes greatly to the reduction of fossil fuel imports. With the continuation of the incentive mechanism, geothermal energy may contribute a total of 5 billion dollars to the country's economy between 2021 and 2040." 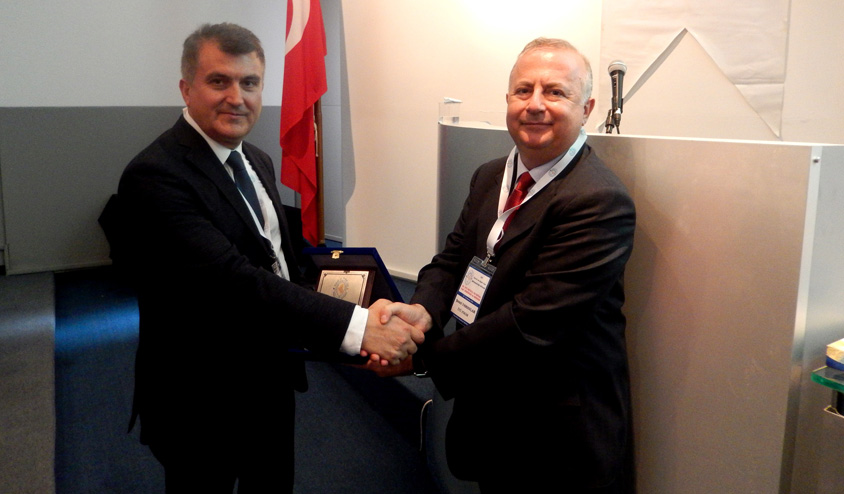 At the 28th ITU Petroleum and Natural Gas Seminar and Exhibition organized by Istanbul Technical University (ITU) this year, stakeholders from universities and the private sector gathered to discuss significant issues in the fields of petroleum, natural gas and geothermal energy. Zorlu Enerji General Manager in charge of Investments, Operation and Maintenance, Ali Kındap delivered a presentation titled "The Present and Future of Geothermal Energy in Turkey from an Investor's Perspective" in which he stated that geothermal energy is one of Turkey's most important local and national renewable resources and added: "According to April 2018 data, there is more than 14,000 MW of installed geothermal power worldwide. Turkey currently ranks the fourth place with 1,115 MW of installed geothermal power. Geothermal energy constitutes 1.3% of the total installed energy capacity and 1.8% of annual generation. Moreover, geothermal energy meets the energy needs of 3 million households. This greatly contributes to the reduction of fossil fuel imports."

Touching upon geothermal energy's contribution to the economy, Kındap expressed that the sector has invested 2.5 million dollars in existing installed capacity, excluding drilling costs. Kındap indicated that geothermal energy contributed roughly 1.75 million dollars to the country's economy and said, "Domestic facilities and services are used in 70 percent of geothermal energy investments. This rate may reach the 90s if investments continue. Furthermore, the sector provides employment for 1,600 people at the installed plants, and this number rises to 3,500 people with the new plants."

Kındap noted that it is very important to continue incentives in order to sustain the growth of the industry and added the following: "If initiatives continue until 2030, geothermal energy will positively affect not only the economy, but also energy prices. Depending on investments, energy prices will decrease along with costs. With the continuation of the incentive mechanism, geothermal energy may contribute a total of 5 billion dollars to the country's economy between 2021 and 2040. Further to that, by reaching 4,000 MW of installed geothermal power, Turkey may become the world leader in geothermal energy."

Highlighting that geothermal energy is a much cleaner and more environment friendly energy source compared to fossil fuels, Kındap expressed that investments in this business add value to various fields including greenhouse cultivation, health, and tourism. Additionally, Kındap stated that another advantage of geothermal energy is the fact that it uses a fewer amount of land compared to renewable energy sources. Considering plant structures, Kındap said; "While other power plants have an average life-span of 20-30 years, geothermal plants have an average lifespan of 40-50 years. There are examples of such plants working this long worldwide. The Kızıldere I Geothermal Energy Plant we have been operating for almost 35 years is one of the best examples of such plants in Turkey. This makes investments in geothermal energy favorable in many aspects."
In his presentation, Kındap also provided details on the operating costs of geothermal plants. At the end of the panel, Kındap was presented a plaque of appreciation for his contributions on behalf of Zorlu Enerji.