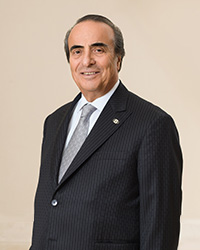 (1939 - Denizli) Zeki Zorlu began his career in a family-owned textile company in Babadağ, Denizli. Having opened his first textile store in Trabzon, Zeki Zorlu laid the foundations of Korteks in Bursa in 1976. Mr. Zorlu founded Zorlu Holding together with his brother Ahmet Nazif Zorlu and added Vestel to the Holding’s business portfolio in 1994. He also played a critical role in the foundation and acquisition of numerous companies in energy, tourism and real estate sectors. In addition to his chairmanship duty on the board of Zorlu Enerji, Zeki Zorlu also serves as the Vice Chairman of Zorlu Holding and as chairman for Zorlu Group companies operating in textile and real estate industries. Mr. Zorlu also assumes active roles in non-governmental organizations. He is the Vice President of the Textile Industry Assembly of TOBB (The Union of Chambers and Commodity Exchanges of Turkey). Having served on the Board of BUSIAD (Bursa Industrialists and Businessmen Association) for two years, Zeki Zorlu is currently a member of the International Patent Cooperation Union, BUFAD (Bursa Disaster and Emergency Management Association), the Foundation for the Empowerment of Uludağ University, KALDER (Turkish Society for Quality), SUSEB (Association of Artificial Synthetic Fiber Manufacturers), the Bursa Research Foundation and the Association for International Competition and Technology. 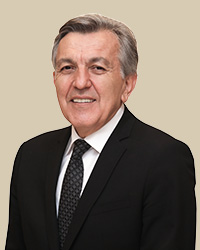 (1956 - Denizli) Bekir Ağırdır graduated from the Department of Business Administration at Middle East Technical University in 1979. He served respectively, as Sales Manager and then Assistant General Manager at Bilsan Bilgisayar Malzemeleri AŞ (1980-1984), Sales Coordinator at Meteksam Ltd. (1984-1986), General Manager at Pirintaş Bilgisayar Malzemeleri ve Basım Sanayi AŞ (1986-1996), Deputy General Manager at Atılım Kâğıt ve Defter Sanayi AŞ (1996-1999) and as General Manager and Board Member at PMB Akıllı Kart ve Bilgi Teknolojileri AŞ (1999-2003). During 2003-2005, Mr. Ağırdır worked as a Coordinator and then as General Manager at Tarih Vakfı (History Foundation of Turkey). Bekir Ağırdır has been the General Manager and Board Member of KONDA Araştırma ve Danışmanlık Limited Şirketi (KONDA Research and Consultancy) since 2005. In addition to his position as Vice Chairman of the Board at Zorlu Enerji, Bekir Ağırdır also serves as a Board Member of Vestel Beyaz Eşya Sanayi ve Ticaret AŞ and Vestel Elektronik Sanayi ve Ticaret AŞ, two of Zorlu Group companies. Bekir Ağırdır is the board member of Turkey Economic and Social Studies Foundation (TESEV) and Hrant Dink Foundation, and founding member of Yanındayız Association, Democratic Republic of the Program and Eymir Cultural Foundation, and member of METU Alumni Association and commentators of T24 Internet Newspaper and GAIN Internet Media. 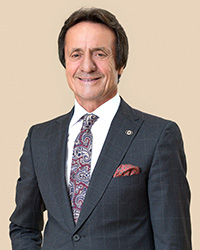 (1944 - Denizli) Ahmet Zorlu began his professional career in a family-owned textile business in Babadağ, Denizli. He opened his first textile store in Trabzon. In 1970, Mr. Zorlu moved the company’s headquarters to Istanbul and laid the foundations of Zorlu Holding together with his brother, Zeki Zorlu. Ahmet Zorlu set up his first company, Korteks in 1976 and gathered all of the companies under the roof of Zorlu Holding in 1990. Acquiring Vestel in 1994, Ahmet Zorlu opened the door to new lines of business for Zorlu Holding. Mr. Zorlu’s entrepreneurialism, which began with the textile industry, went on to manifest itself in more companies operating in a wide range of industries such as consumer electronics, household appliances, energy, property development, metallurgy and defense. Ahmet Zorlu was elected as a Board Member to Zorlu Enerji at the Company’s 2016 Ordinary General Assembly Meeting. In addition to his duty as a Board Member at Zorlu Enerji, Ahmet Zorlu also serves as the Chairman or Vice Chairman of the Board in numerous Zorlu Group companies operating in different industries. 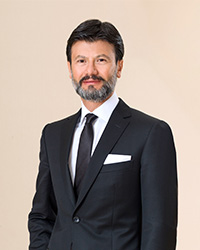 (1965 - Trabzon) Upon completing his higher education in textiles and business administration in the UK, Olgun Zorlu began his professional career in 1986. He started to serve in managerial positions at various Zorlu Group companies in 1988 and managed their foreign market research and business development operations. Mr. Zorlu started serving as a Board Member at Zorlu Holding in 1998. In addition to his board membership at Zorlu Enerji, Mr. Zorlu also serves as a Board Member at Zorlu Holding and various other Zorlu Group companies. Olgun Zorlu is a member of the Turkish Industry & Business Association (TÜSİAD) and Association of Turkish Home Textile Industrialists and Businessmen (TETSİAD). 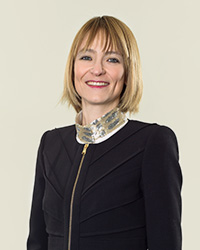 (1975 - Trabzon) Selen Zorlu Melik graduated from the Department of Business Administration at Uludağ University. She began her professional career at Denizbank in 1998. Following her internship at Denizbank’s Bursa branch, she joined the Management Trainee Program of the bank in 1999. After working in a number of positions at Denizbank’s head office, Mrs. Zorlu Melik attended a Marketing Certificate Program at the University of California, Berkeley, USA in 2001. She began working at the Korteks Yarn Factory in 2002 and became a Board Member of the same company in 2004. Mrs. Zorlu Melik has been serving as a Board member at Zorlu Enerji since 2002. 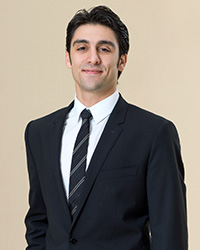 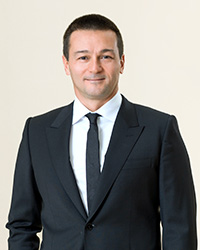 (1967 - Ankara) Cem Köksal graduated from the Department of Mechanical Engineering at Boğaziçi University in 1988 and completed his master's degree at Bilkent University in 1990. Köksal worked in the banking sector between 1990 and 2001. Köksal, who started as Deputy General Manager at Denizbank in 1997, joined Vestel in 2002 as Head of Finance. Köksal, who continues to serve as a member of the Executive Board of Vestel group of companies, is also the chairman of Zorlu Holding A.Ş. Financial Affairs Group. Köksal has been serving as a member of Zorlu Enerji Board since 2002. Köksal also serves as the Chairman of the Sustainability Committee at Zorlu Holding AŞ. Cem Köksal is a member of the Board of Directors of UN Global Compact Turkey and a substitute member of the Board of Directors of the Association for Business and Sustainable Development (SKD). 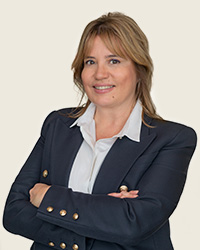 (1969 - Izmir)  Aysegul ildeniz is a pioneer in innovation, technology transformation and future vision in Silicon Valley and Istanbul, Turkey. Ildeniz had a successful career at Intel Corporation, global semiconductor leader; last job being the global vice president for New Devices Group, focused on creating the next wave of computing devices. Prior to that, Ildeniz ran Intel’s Middle East, Turkey and Africa region, covering 67 countries. Ildeniz also served as the Chief Operating Officer for Silver Spring Networks, a publicly owned worldwide leading energy company focused on internet of things and smart energy. SSNI held half of the US smart energy market with more than 26 million subscribers; and transformed leading cities of the world like Singapore, London, Chicago, Paris, Copenhagen into smart cities. In 2015, she was named “World's Top 100 Most Creative People” by Fast Company, one of the most prestigious publications in the United States, and “America's 3rd Most Influential Person " by TOA (Turks of America). İldeniz, who was named “Technology executive of the Year” in 2004 and “Female Executive of the Year” in 2006 by Dünya newspaper, is currently the president of TUSIAD Silicon Valley Network and a member of the Board of Directors of New York-based Turkish Philanthropy Funds and is an Eisenhower Fellow. Ayşegül İldeniz is a member of the Board of Directors of Vestel Elektronik Sanayi ve Ticaret AŞ, Vestel Beyaz Eşya Sanayi ve Ticaret AŞ and Eczacıbaşı Holding. Ildeniz holds a degree in Business Administration from Bosphorus University and a Masters in Electronic Communications Arts from San Francisco State University, California. 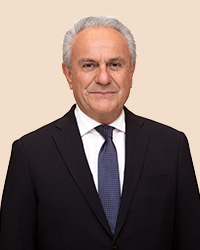 (1948 - Istanbul) After completing his high school education at Robert College in Istanbul, Melih Araz graduated from Ankara University, Faculty of Political Sciences in 1972. As a USAID/TEV fellow, he received a master's degree (MBA-1975) from the Kelley School of Business, Indiana University, and a degree in “Advanced  Management Program” from the Harvard Business School (1988). He began his financial and banking career in 1977 at Citibank N.A. starting with the Turkish organization of Citibank. Araz held senior positions in the bank's Istanbul, Bahrain, Athens and New York divisions and assumed important responsibilities during the establishment and expansion stages of the Citibank’s Turkey organization. Later on, in 1988, Araz joined Interbank A.S.  where he served eight years as CEO. Araz led Interbank to become a respected and leading position in the field of corporate and investment banking in our country. After  Interbank, Araz served as a consultant on various important projects , IPO’s and financial restructurings and also worked as  Board Member in several  companies. He currently holds senior positions in Ata Group. In addition to being a member of the board of directors at Ata Yatırım Menkul Değerler AŞ, Ata Portföy Yönetim, A.Ş., Ata Gayrimenkul Yatırım Ortaklığı A.Ş, Ata Group's investments in the field of food, TFI Tab Food Investments AŞ. and Burger King China JV Ltd. He also serves as a Board Member at İzmir Enternasyonel Otelcilik AŞ. ve Entegre Harç Sanayi A.Ş. In addition to Zorlu Enerji, Melih Araz is a Board member of  in two other Zorlu Group companies, namely Vestel Elektronik Sanayi ve Ticaret A,Ş. and Vestel Beyaz Eşya Sanayi ve Ticaret A.Ş.

Araz is a member of the Turkish Corporate Governance Association (TKYD), founding member of TESEV, a honorary member of the Board of Trustees of Robert College, a member of the Advisory Council of the Sabancı University Education Reform Group, a member of the Propellers Club and as a mentor in Yeni Bir Lider Platform as social responsibility activities.