Zorlu Energy, which focuses on generating value for society by supporting the economic, social, and cultural activities in the regions it operates in, provided support for the Buharkent Fresh Fig Festival, which it has been sponsoring since 2014, once again this year. 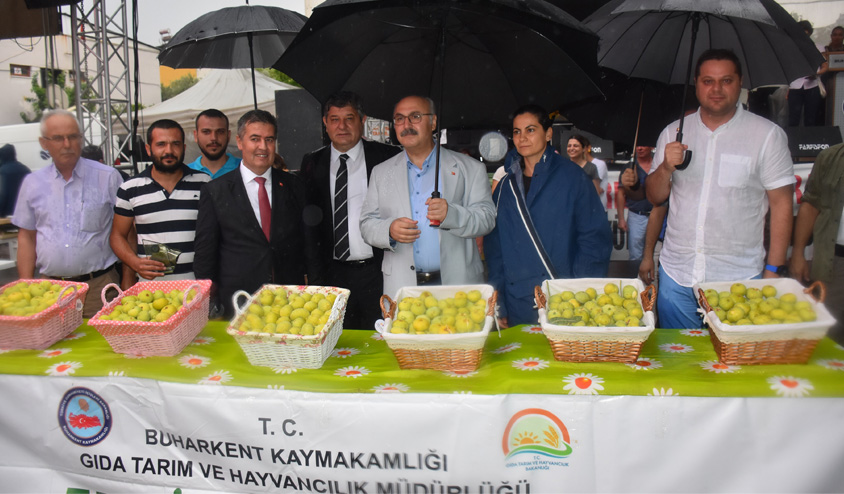 Zorlu Energy, which focuses on generating value for society by supporting the economic, social, and cultural activities in the regions it operates in, sponsored the 14th Annual Buharkent Fresh Fig Festival for the fifth time this year. The festival took place on Saturday, August 4, 2018 at Cumhuriyet Square.

Held for the 14th time this year in the Buharkent district of Aydın, the International Fresh Fig, Culture and Art Festival witnessed colorful performances. At the festival held in Buharkent, the district in which the sari lop species of fresh fig (the earliest to be harvested in Turkey) is cultivated and which exports the most figs, festival-goers enjoyed loads of fresh figs.

Various fig-themed contests were also held at the festival

At the festival, a Buharkent and fresh fig-themed poetry competition, a Fig Cup Soccer Tournament, a Fig Dessert Contest, a swimming race, a shooting contest, and various other events took place alongside folk dance performances. In the evening, concerts by various artists drew great interest. The concerts, which were attended by thousands of people from outside of Buharkent, were very lively. Mehter band performances, protocol speeches, and a fig contest also took place. Of the 10 producers who took part in the best fig cultivation contest, the top 3 were awarded gold and plaques.

"Buharkent is becoming a brand for fresh figs"

Buharkent Mayor Mehmet Erol expressed the following: "Buharkent is becoming a brand for fresh figs. We've continuously been doing everything we can to ensure this. These festivals are held with this goal. We would like the figs of our region to be given the value they deserve. We would like this brand of fig to be recognized. I hope this event is fruitful for all. Buharkent is the capital of fresh figs."

Highlighting that Aydın is an agricultural region, Aydın MP of the AKP Rıza Posacı stated the following: "Aydın is a great agricultural region. We describe it as the capital of agriculture wherever we go. And of course, Buharkent is the capital of figs. Aydın ranks number one in fig production in Turkey. I believe that the added value of our product will increase thanks to this festival. I'd like to thank the mayor and everyone who has contributed. I hope that this festival is for the benefit of all in our district and country."

Aydın Governor Yavuz Selim Köşger made the following remarks: "Figs are Aydın's most important product and what we have a say in on the global scale. Figs are important for Aydın for several reasons. It is an important product that we export. It is the most important form of abundance our soil offers. Buharkent is a city that has become a brand that has a say in the fig industry of Turkey. To further support and strengthen this branding process, the Mayor has been holding an annual festival. The 14th one took place this year. The festival will contribute significantly to the branding of Buharkent's fresh figs. I would first and foremost like to thank the mayor, district governor, and all others who have contributed. I hope the festival is fruitful for Buharkent and Aydın."

Zorlu Energy General Manager in charge of Investments, Operation and Maintenance, Ali Kındap, expressed that he was pleased to be supporting the Baharkent Fresh Fig Festival, which is organized annually to promote the region's most important agricultural product figs, as the most prominent investor in the region and added, "We at Zorlu Energy act with the aim of creating value for all the regions we operate in. In line with this aim, we have been supporting the Buharkent Fresh Fig Festival every year since 2014. We at Zorlu Energy, which is an indispensable part of Turkey's center of fig production Buharkent, will continue to provide support to the region, just like we've done in the past."